We are hugely proud to announce that we were named as the “Company of the Year” at the very first Tees Tech Awards that were held on the 20th August 2020.

2020 has certainly been a testing time for everyone. At the beginning of the year, we were really excited for the very first Tees Tech Awards to be held at Wynyard Hall to celebrate the amazing digital and tech cluster on Teesside. Unfortunately, like many things, COVID put an end to that early dream and everything was kind of left for a while.

Thankfully, the powerhouses behind these awards, Digital City, Middlesbrough Digital and Tees Business got together and delivered a virtual awards event. All the winners were announced via Zoom and a broadcast was delivered via YouTube on the evening of the 20th August.

There were some fantastic categories and some very well deserved winners throughout the night. You could see how much these wins meant to them, especially the guys from Kraken IM. They also had an absolutely superb Zoom background on the go as well.

The last award to be announced was the big one, Company of the Year. Mabo were up against two absolute tech powerhouses in SockMonkey Studios and Tascomp. To be shortlisted alongside these two was impressive enough. Even more impressive though was the fact that we won!!

For myself, personally, I have always been a huge advocate of the Digital and Tech scene on Teesside. For our company to be named as the best within this cluster, that is superb. 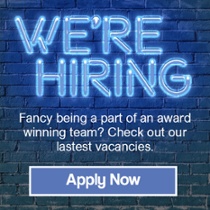 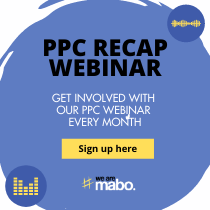