Facebook has announced that starting 12th October, Facebook will default all attribution windows to 7-day and phase out the 28-day window option which was the default. Note that this change should have no impact on the delivery or performance of your ads. However, it could and most likely will affect the way your results are reported. Put simply, a lot more can happen in 28 days than 7.

It is likely that in the first phase your account will show what appears to be a  downturn in performance relating to conversions. This downturn in performance will only be as a result of the measurement and not an actual downturn. However, as we move forward 7-day will become the norm and Facebook claim it is a more sustainable measurement strategy that will support digital privacy, be resilient to future browser changes and enable businesses to better measure the impact of their marketing investments on Facebook.

This change is not ideal for us here at Mabo, as we have been using the default 28-day window to report on all Mabo client accounts, as was recommended by Facebook. We fully appreciate that for all our clients a downturn in performance is never a good thing, even if it is just in reporting and not in actual conversions. Therefore if Mabo clients do see a negative impact we will endeavour to provide more informative reports to explain the downturn as well as exploring all tracking avenues as a way of gathering the most accurate reports for our clients.

Facebook has stated that they are committed to helping agencies effectively measure ad performance. Mabo is an official Facebook Marketing Partner and as the industry continues to evolve, we will continue to evaluate and update our tools to provide sustainable and accurate reporting.

Want to know more? Check out our full post on this brand new update HERE.

Has this change got you concerned about your Facebook Ads? Contact our social team NOW, who would be more than happy to talk you through the change. 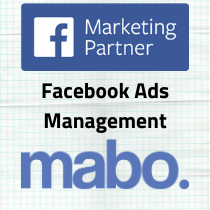 Facebook has announced a new advance in its automatic translation tools which will improve communications between users around the world. To those businesses who target different countries and want to make BREAKING NEWS FROM FACEBOOK - Facebook Business Suite has been created & launched. A new app designed to make it easier for businesses to manage in a single place their pages What To Expect With Facebook Updates To Attribution Windows, Across Ads Reporting Surfaces.

Facebook has announced that starting 12th October, Facebook will default all attribution windows to 7-day and phase out the 28-day window option which was the default. Note that this change should Facebook is one of the biggest social platforms to date, with a user count of 1.69 billion. WOW! Recently, Coming Out Day 2020 took place, which celebrates the LGBTQ community, Facebook has been non-stop with their changes at the moment, and today is no different. Facebook has announced that it's removing its 28-day attribution window option for Facebook ads, which will mean that Back in August, I wrote a post on how Facebook has been sharing a weekly series of insights, into its various video tools, via interviews with the Facebook staff working With the number of people (social and business), that use Facebook - the platform needs to be kept safe and valuable. Facebook is well aware of this, and you have WOW, WOW, WOW. Big news from Facebook has landed! Facebook is removing its restrictions on ads which include more than 20% text in the main image. Previously, any ad that included There really is no rest for Facebook, they are continuously updating their features to help you, as a business, maximise ad performance. Discussing ads, Facebook said "When an advertiser runs Due to popularity, Facebook has now created a new, dedicated stream within its Blueprint education program that's focused on helping community managers make the most of their groups, and effectively This morning when I was writing this piece of content, I couldn't help but think about how Facebook are always on top of their game in regards to updates.  This